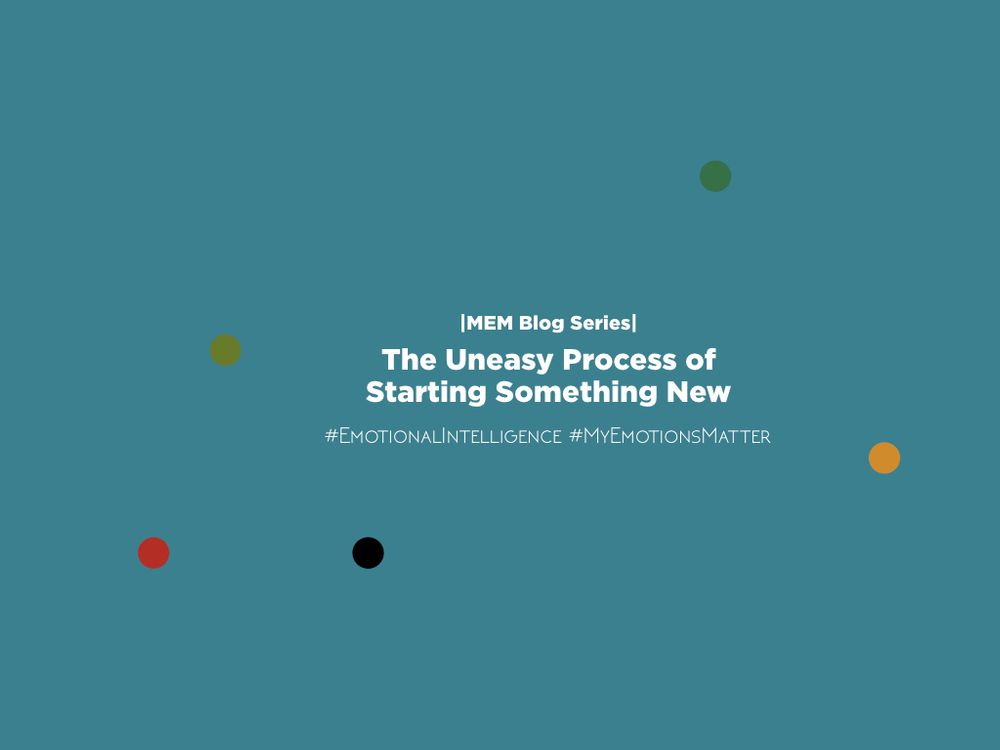 We have now welcomed a new year. I still remember how my Instagram was flooded with motivating ‘New Year Quotes’ during the month of Chaitra. The excitement in people to begin something new is so heartwarming. However, I have the tendency to feel intimidated when new things come upon me. When I know that something new is coming and things are going to change, it makes me a little uncomfortable as I am the kind of person who resists change.

Yet, the reality of life is change itself and we have to accept and embrace change as much as possible. Looking back, I have come to the realization that more often than not, the initial phase of anticipation that I go through when starting something new is scarier to me as compared to the process itself.

As a positive surprise, it turned out that 50% of the respondents in our research done by ‘My Emotions Matter’ in 2019 felt the same way. The phase of thinking about starting something new turned out to be scarier than actually doing it.

The greatest learning for me from this process was to become aware of the fact that I would feel fearful when something new was about to come. The moment you realize feeling fearful is natural is when you become aware that facing your fears is the only way out.

One way of easing the fearful process of starting something new is looking at the bigger picture and being able to acknowledge all the benefits one can gain from trying something new. For instance, one of the respondents in our research stated how she was always extremely scared of public speaking. She never really considered herself to be capable of speaking in public. Yet, she induced herself to join a public speaking forum by thinking about all the beneficial things she would learn from the process. Thus, thinking about the positive aspects of trying something new out can be quite a motivating factor to get into the journey full of exploration and adventure.

Andrea Kuszewski, a cognitive scientist and behavior therapist, in her blog for the Scientific Magazine, has explained how seeking novelty and exposing oneself to new experiences increases one’s dopamine levels which increases both one’s motivation levels and learning abilities. Hence, other than the obvious positive benefit of trying something new, which is the thrill of the novel experience, the indirect benefit of novelty also is to increase one’s cognitive abilities.

One thing which can also hold us back when trying something new is our own expectations. For instance, as I said earlier, I was so scared to let go of my previous relationship. One reason behind this was also the expectation that I had from myself that I should become nonchalant towards the relationship within a very short period of time. This was an unrealistic expectation I had set upon myself. For me to let go completely and move on, it would take time and only when I allowed myself to be realistic with my expectations, was I eased out in the process of moving on, which was initially such a challenge for me to undertake.

This was a quality I also noticed in myself when it came to cooking. I like cooking new dishes but always fear the outcome of the process. Then, one day my sibling told me the most encouraging words which eased out the process of experimenting with new dishes for me. When I cooked something new and it didn’t turn out to be as delicious as I imagined it would be, he told me, “This is your first time you are trying to do it. This is the beginning of your learning process. You will only learn slowly. Give yourself space to not produce the best outcome in the first try itself.”

Ever since my brother encouraged me with his kind words, it has been really helpful for me to try out new things. Having well accepted the fact that outcomes wouldn’t appear in the beginning itself, it is important that outcomes do appear to be positive in the larger continuum of time.

One of our respondents shared how he loves creating new things and how he always has a bundle of ideas with himself just waiting to be executed. While turning any of his ideas into reality, he ensures that the execution part is done with extreme care to avoid things from messing up as he believes that when a person fails constantly upon trying something new, it only demotivates them to leave their comfort zone. Hence, one of the important things to take care of when trying something new is to take care of the execution part well.

Imagine how horrendous all my food dishes would have come out to be even in the first time of cooking, had I not taken care of execution at all! Hence, even though the best outcome might not present itself upon the initial phase, it is important that we remain careful while executing new ideas or trying out new things.

In fact, during my 21st birthday, one thing which I wanted to learn was to celebrate myself and enjoy my own company for which I wanted to begin solo traveling. But for a person who hadn’t ever been outside Kathmandu valley alone, going for a solo trip was something I wasn’t prepared for. So, I modified my execution plan by taking baby steps – steps as simple as traveling upto only Pharping which is 20 kilometers away from Kathmandu. Now that I have been successful in going on such short solo trips, I think I have gained the confidence to travel to places that are farther away from Kathmandu. That is how I took care of my execution plan to ensure I didn’t fail in trying something new right away.

I have come to learn a lot about myself through solo traveling. And that is the case with trying absolutely anything new. In the case of our male school leader respondent, he stated how in his career path as well, initially he had gotten into the counseling profession. He was so nervous and had immense self-doubts about whether or not he could pull it off.

The fact that he didn’t know many things turned out to be the most powerful thing in his life because it meant he could learn something new. After talking to the school leader respondent, I have come to realize that the biggest power in life is to know that you don’t know things and to be aware that you haven’t experienced it all in life. This only brings you closer to the fact that you have new things and experiences to explore and with every new thing or experience that one goes through, one grows through too!

Kuszewski, A. (2011, March 7). You Can Increase Your Intelligence: 5 Ways to Maximize Your Cognitive Potential. Retrieved December 19, 2019, from https://blogs.scientificamerican.com/guest-blog/you-can-increase-your-intelligence-5-ways-to-maximize-your-cognitive-potential/.

The names of the respondents of our research have not been stated to maintain confidentiality and ethics of privacy.