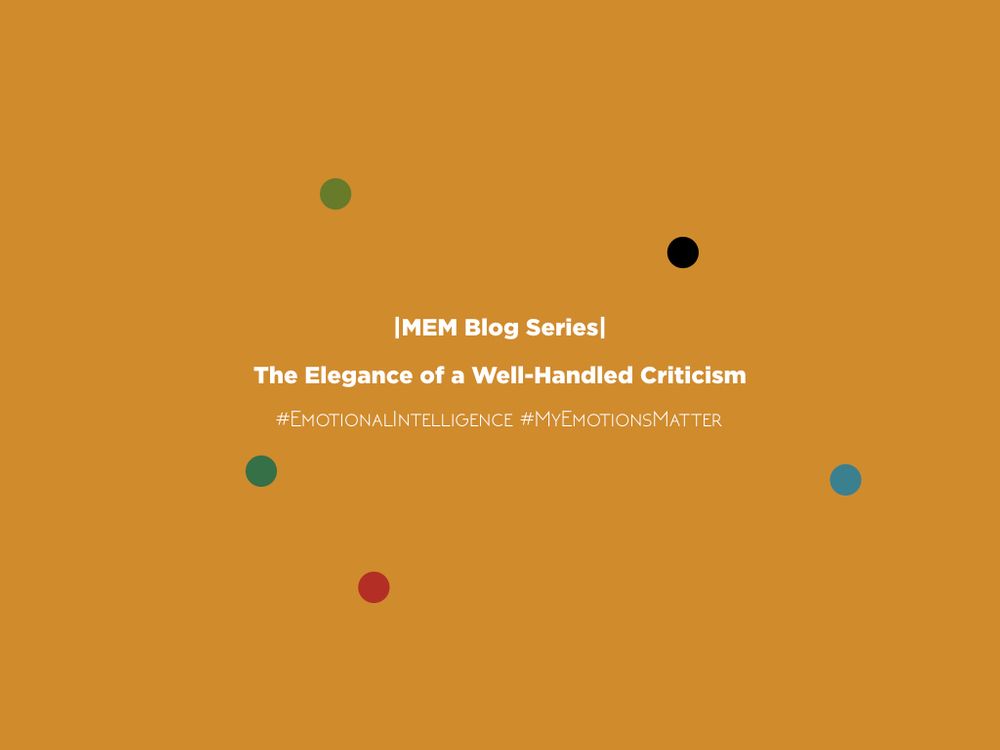 Just last year, I remember I had attended a three-day workshop and the most important thing which I have carried along with myself after that workshop is the importance of feedbacks and criticisms.

Trainers from Finland had come to facilitate the workshop on experiential learning. The workshop’s name was Building University Capacity to Support Business Incubation in Nepal (BUCSBIN) and we were following the design thinking process in the workshop. After every step during that process, we used to have a session called ‘feedback circle’. In those sessions, our peers and mentors were required to give feedback to us. The objective of doing so was to continuously improve the quality of our work.  Many times, we tried acting defensive and explaining ourselves, but one of our mentors told us, “Please don’t try to justify yourself when someone else criticizes you or gives you feedback. Feedback is a game-changer. The moment self-justification begins, it makes it awkward for the other person to give you any feedback which gives you an illusion of perfection and when everything’s perfect, things get boring!” I was so astonished to see the honesty of the mentors as they never really hesitated in giving us feedback despite knowing that we might start disliking them just because of their candid feedback.

Earlier, I used to be hesitant in providing feedback to other people because of the fear of coming across as rude. I wanted to be as diplomatic as possible while providing feedback. However, when I took a course on Human Resource Management, I realized the importance of providing honest feedback in both personal and professional settings. My HR faculty always told me how unfair it is to not provide honest feedback to your employees and how dangerous it can turn out to be in the long run. She highly emphasized on the feedback component in the performance appraisal of employees.

I would like to share a story from a research conducted by our team of My Emotions Matter in 2019. One of the school leader respondents in our research stated how in his school, teachers’ meetings used to be scheduled on weekends. However, his team members heavily criticized him for having work allotments even on weekends. He took their criticisms positively and has abolished conducting meetings on Saturdays which has further increased the productivity of teachers in his school. This shows how when a feedback system is properly placed in organizations, it ultimately leads to greater productivity in the organization by igniting positive changes.

A common reason why people dislike criticism is because they feel others are trying to bring them down and that criticism is just a result of envy they have within themselves. According to a study by PsychTests, 14% of the respondents believe that others criticize them out of jealousy or hatred. Similarly, 29% of the respondents believe that most people criticize to hurt, not help.

Many people have the tendency to take criticism as a personal attack on themselves. One good way of reframing such criticisms is understanding that there could be a misalignment in the criticizer’s values and our values. In such instances, criticisms can be a medium for them to express their disapproval towards us.  Hence, it is very important that we learn to filter criticisms to avoid being dragged down and demotivated by such criticisms.

One of the female respondents who was a part of our 2019 research, mentioned that her mother had criticized her harshly after a photo shoot in which her body was highly revealed. This criticism left our respondent feeling extremely low. However, the reason why her mom criticized her in such a candid manner was because of the misalignment between her values and her mother’s values.

The respondent decided to quit modeling after receiving that criticism from her mother. The reason why such criticism might have affected her life decision enormously could be because of her inability to filter the criticisms well.

I could highly empathize with the female respondent as I too, easily get influenced by other people’s opinion of me. One time, I had taken part in a stress interview competition where my interviewers had varied opinions about me. I was pondering over those comments, some of which were really piercing. One of my friends had then said to me,  “People will tell you things all the time, and it is upon you which of their comments you reflect upon and which ones you ignore.”

This statement made by my friend got me thinking about the importance of filtration of criticisms. When people don’t filter criticisms, they let almost any comment given by some other person bother them which can ultimately lead to them becoming a product of other’s opinions.

For instance, one of the male entrepreneurs in our research stated how he learned to filter criticisms after he launched his start-up venture. In his venture, different customers have different preferences and opinions about their products. Initially, they started listening to all the criticisms made by all of his customers which only led them becoming more confused. Later, after having a conversation with their mentor, they realized that accepting all those criticisms and working on all of them would only dilute their brand image. Hence, later they figured out which criticisms came from their important target customers and they only worked upon on those criticisms which ultimately led to the best benefit of their venture by proper positioning of their brand.

In the above example itself, the respondent realized different customers had different perspectives but they chose to acknowledge a few of those perspectives while keeping aside the rest of them.

Hence, the important thing to be taken into consideration when receiving criticism is to take a pause. Imagine how horrendous the situation would have been if as a start-up entrepreneur, the respondent would have reacted impulsively towards any negative feedback he received from his customers.

So, pondering upon the question of why it can be difficult to digest criticisms, I have developed a perspective. Usually, we humans want to feel validated but criticism does quite the opposite. So, we tend to act defensively. However, such defensive reactions are not at all beneficial as they can come out as disrespectful to the other person while we ourselves end up feeling guilty about our defensive reactions later.

Thus, to save ourselves from all the guilt, to be mindful of others and their opinions and to develop ourselves through the feedback we receive, it is crucial that criticism is handled well with elegance.

We have not declared the names of the respondents in the article or their work organizations to respect their privacy and maintain the ethics of confidentiality in research.