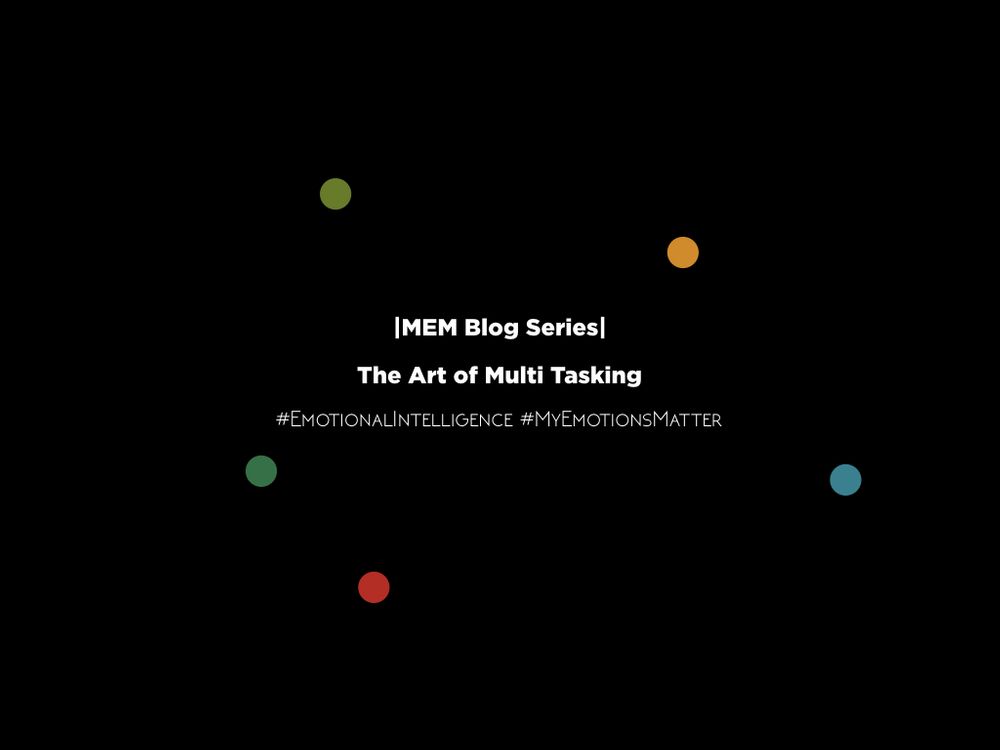 When one starts working and studying at the same time, it is quite natural to feel all over the place. The ability to focus can disappear. When you are attending classes, you might be worrying about some office work whose deadline is right tonight! And while working in the office, you end up thinking about all the college assignments that you are yet to begin with when most of your other friends have already submitted them.

Practicing mindfulness during such times becomes even more important to not lose track of one’s path and to give cent percent to whatever one is involved in. A research was conducted among 64 participants to know the effects of multitasking by The Institute for Work and Health of the German Social Accident Insurance, Dresden, Germany. The research finding showed that multitasking led to reduced performance and increased levels of subjective strain.

However, keeping in mind that multi-tasking cannot be completely eliminated, the research states that asking two important questions before considering multitasking can help us decide whether or not we should multi-task.

1. Can the task be automated?

2. What is the intensity of consequences if mistakes are made?

If the task can be automated, it requires lower levels of psychological involvement then multitasking becomes easier. This precisely explains why there are some people who like listening to music while doing their work. In this scenario, listening to music is an automated task they do, requiring lower levels of psychological involvement hence it doesn’t have a major impact on their performance.

Similarly, the other question which needs to be asked is the potential consequences of the mistakes which might incur in the process of multitasking. For instance, if any employee has to make a presentation for an important client within the next two days, it would be better not to give them additional tasks during such times, because the consequences of mistakes during such meetings could result in the loss of large revenue source.

One thing which clearly defines the effectiveness of multi-tasking is also the ability of the person. There are some people who can multitask efficiently while some people tend to panic when asked to do multiple works at the same time. Hence, becoming aware of one’s own capabilities is also quite important.

For instance, I have come across two people who joined undergraduate school while still applying for other courses. One of my friends was applying for MBBS (Bachelor of Medicine and Bachelor of Surgery) while she had already enrolled for undergraduate studies in the management sector. She had encountered a situation where she had a college presentation to give within the next two days while she also had to give her entrance test the next day. Yet, she was able to handle the situation really well and gave her entrance test quite calmly while also doing well in the college presentation. Later, she decided not to enroll into MBBS at all, which was a different story but her ability to multitask during that time was quite commendable.

On the contrary, we had one of the respondents we came across while conducting the research from ‘My Emotions Matter’ in 2019 who found it difficult to do multiple things at the same time.  The respondent enrolled herself in a college here in Nepal while also applying for abroad simultaneously. However, she started panicking in the middle of the whole process and decided to eliminate the option of abroad studies later.

I had started working while I was in the 2nd year of my college despite having a hectic college schedule whereas I had friends who were quite clear about not wanting work before completing their undergraduate studies. Earlier, I used to believe that my friends were just being lazy for not wanting to engage in both work and studies. Only later did I realize that these people were self-aware and knew that wearing many hats at the same time was not their cup of tea. For some people, they might value exposure and exploration and they might take multiple things together. Whereas, for some others, they might value focus and like to only be involved in one place at a time.

But this doesn’t mean that people who are involved in multiple places at the same time cannot be focused. Even when someone is wearing multiple hats at the same time, they can ensure they are working efficiently by doing their tasks one-by-one than doing everything all at once which ultimately leads to nothing being completed at all.

For instance, one of the female respondents in our research of 2019 stated how she has the habit of procrastinating a lot which leads to multiple works being piled up at the same time. Yet, even at such moments she  remains calm and does everything one by one which helps her be at ease and complete all her works efficiently.

I have been a multi-tasker all my life but I don’t think I can call myself an efficient multi-tasker because there have been situations where I had to re-do those things because they weren’t completed efficiently at the first attempt. The reason being I did all of those tasks together and made numerous mistakes. Now, as I am writing this article, I am slowly coming to realize that I have wasted an enormous amount of time wanting to do it all together. Whereas, all this time, I was living in the illusion that I was saving a lot of time by doing multiple things together.

The repercussions of multi-tasking became clearer to me when I read an article written by Ciara Conlon, the author of the book ‘Chaos to Control’. In her article titled ‘So you think you can multitask? Think Again’, she has stated how when we multitask, we are not really focusing on two things together but our brain is just switching from one thing to the other. The reason being that our brain is incapable of focusing on two things at one time.

The biggest lesson I learned from reading Ciara Conlon’s article and by myself writing this article is that even when one is involved in multiple places at the same time, it is quite important to not pressurize themselves and do different tasks one by one than doing it all together. For instance, one of the school leader respondents in our research, stated how he is responsible for handling two departments together in his workplace. Yet, what he does is that he forms a to-do list in his diary and goes around doing them one by one. His efficiency in doing multiple things one by one might be the reason why he is able to handle two departments well.

We must, however, remember that it is natural to feel overwhelmed when one has to multitask. Even the above-stated school leader respondent stated how when the deadlines of the work in both his departments fall on the same date, he gets frustrated. He avoids talking to people and takes a pause at such moments. By taking a break, he becomes calmer and then gets down to listing all the activities he needs to do.

Hence, the art of wearing multiple hats at the same time requires one to be calm and mindful in the first place. It is easy to have a mind full of pressure and deadlines when one is multi-tasking but working when your mind is full of worries only leads to lack of focus and concentration thus leading to erroneous works that might need to be done again and again. So, rather than getting into panic mode when you see a lot of deadlines nearing you, you would rather take a pause, take a few calming breaths and then get to work in a focused manner.

Conlon, C. (2017, August 18). So You Think You Can Multitask? Think Again. Retrieved December 6, 2019, from https://www.lifehack.org/articles/productivity/you-think-you-can-multitask-think-again.html.

Paridon, H. M., & Kaufmann, M. (2010, November ). Multitasking in work-related situations and its relevance for occupational health and safety: Effects on performance, subjective strain and physiological parameters. European Journal of Psychology, 6(4), 110-124. doi:10.5964/ejop.v6i4.226
Disclaimer: The names of the respondents of our research has not been stated to maintain confidentiality and ethics of privacy.