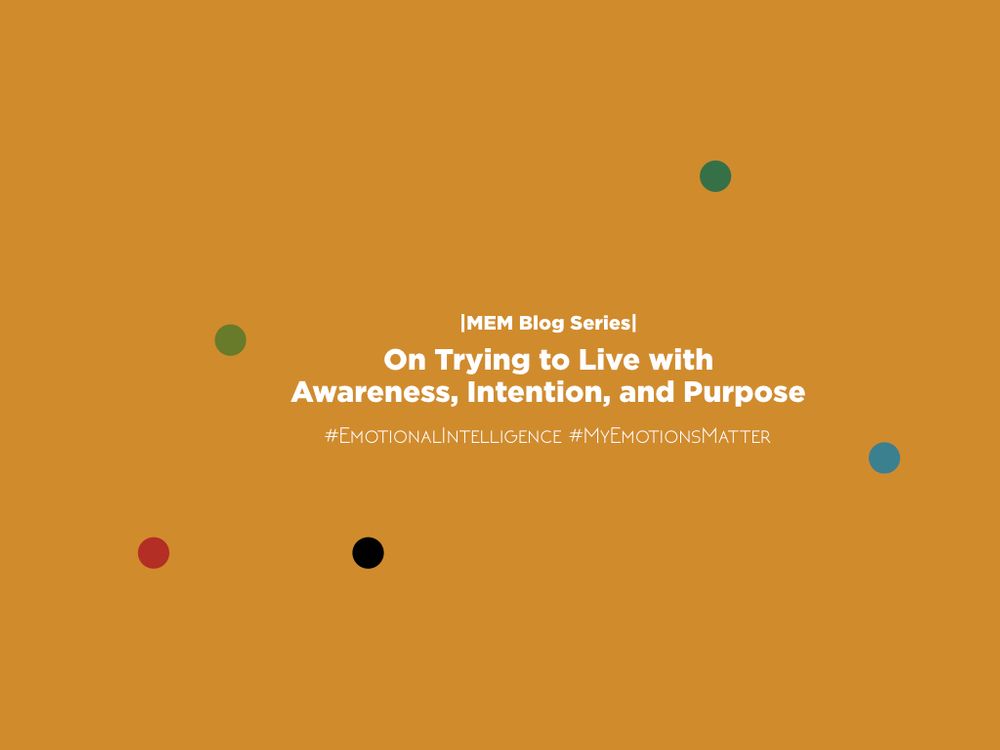 Today afternoon I received a message from my friend through which she thanked me for the work that we do at My Emotions Matter. She was feeling a bit overwhelmed of late, and what gave her hope and reassurance was one of our videocast episodes wherein we discussed dealing with uncomfortable emotions. Kind words like these usually come my way after facilitating a session on EI for a particular audience. Receiving such a gesture from a friend was something I had not expected. This instance, like many others, has left me gratified toward the work that I do.

If you would have told my 18-year-old self about the prospect of my work in the domain of emotional intelligence, she would have either stared at you in disbelief or would have laughed it off. Back then, she had different hopes and wants. My 18-year-old self wanted one thing the most of all the things—to be a doctor. She only realized after three years of struggling and striving that the pursuit was not hers to partake. That experience left my younger self crushed for a long time. But, eventually, she realized that what we seek for ourselves in life, may not necessarily seek us back. There is no point in running behind something without any idea of when we might get a hold of it. This realization is what led her to change the course of her life altogether.

As I started exploring avenues that could give my life its life meaning, I came across a 10-week long mentorship program while pursuing my undergraduate course at King’s College. The sessions allowed me to reflect on my journey through different concepts and practices of Emotional Intelligence. Only after experiencing two or three sessions down the line, I had a strong feeling that I should have been introduced to it when I was younger. I was thoroughly intrigued because the sessions helped me reflect on my life, question my choices, and know myself better than ever before. Thanks to the session facilitators Sagar Satyal and Bhawana Shrestha, who helped me see what I didn't see until that point; and then, there was no turning back.

As a result of the reflection, clarity, and coherence that I had derived from the sessions, I realized that contributing to the community through Emotional Intelligence would give my life its unfound meaning. The value that I gained from that experience was something I wanted to help others experience too. A believer that I had become in living life the emotionally intelligent way, I started assisting the facilitators in the program to give back what I had received. As we encountered positive stories of change, we soon developed the ‘Mentorship Pathway’—a center for emotional intelligence. Apart from the 10-week mentorship program, we created different experiences for self-reflection at the center that guided individuals in becoming better versions of themselves.

Encouraged by the positive experiences that we encountered along the way, ‘My Emotions Matter’ was born as an idea on March 10, 2018. It was a vision that we shared as a team to contribute to creating a self-aware and empathetic society through the superpower of Emotional Intelligence. As fulfilling as the experience has been, there’s not a single day that goes by without learning.

In my endeavors to design sessions to help different audiences reflect on their lives, there’s so much that I get to reflect upon, which eventually helps me connect with those individuals better. As I facilitate sessions, I see myself in the countless number of people who are trying to live their life meaningfully. As I sit down to write my experiences as I am doing now, I feel grateful to be able to converge my experiences into valuable learnings.

Despite the highs and lows that I have had in this journey, despite the moments of challenge that made it difficult for me to live by my values, being a part of ‘My Emotions Matter’ has always given me a reason to keep moving on.

As humbly as I recall it now, I will never be able to forget what a participant of one of our programs told me two years ago,

“Dear AJ,
Thank you for being confident and leading us by example. You are the true definition of a leader. You are aware of yourself, and at the same time, respect and understand others’ emotions. Keep on doing what you’re doing.
Thank you!"

From someone who used to be an ignorant and self-centered individual to now trying to live a life with awareness, intention, and purpose, I have come a long way. And I have still have a long way to go. As I look back at my journey at My Emotions Matter, I feel nothing but gratitude for all the experiences, learning, and the growth that I’ve encountered. I especially feel thankful for having wonderful team members who keep me anchored, who listen to my ideas and concerns non-judgmentally, and who help in bringing out the best of me.

My Emotions Matter is an essential entity in my life. It teaches me every day that it’s not about the titles that we run after. What matters is the impact that we wish to create in people’s lives through our work—that is what gives our life its meaning. And, as I speak of ‘meaning,’ I am reminded of a beautiful quote by Antoine de Saint-Exupery, the author of The Little Prince, “Each man must look to himself to teach him the meaning of life. It is not something discovered: it is something molded.”

Thank you, My Emotions Matter!