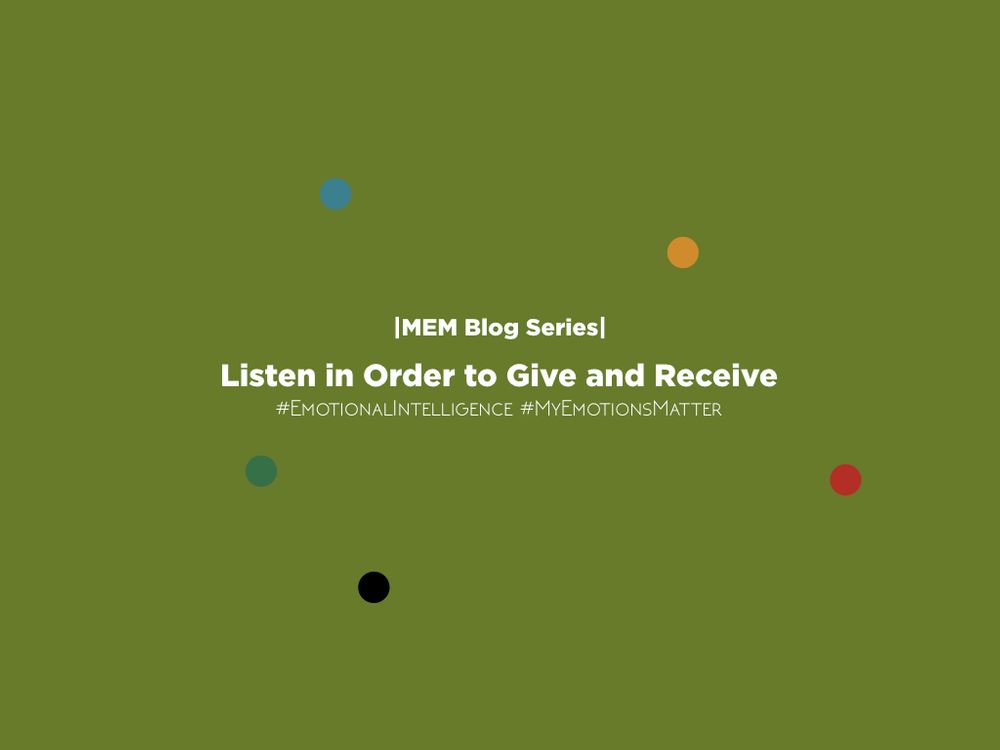 Since the time we are toddlers, we are taught how to pronounce things so that our diction is clear. When we move to school we are encouraged to take part in elocution competition and debates, so that we can learn how to persuade or argue. When we start pursuing college or university education, we start learning how to speak in public, because we want to be better presenters of our ideas. Fair enough.

We want to speak clearly. We want to persuade well. We want to argue in an informed manner. We want to become better presenters of our ideas. But, who will listen then? Why don’t we place as much emphasis on listening as on speaking?

To address the same question, I approached Prajwol Wagle, one of the alumni of our sessions, and he resonated with the fact that we listen a lot less than we speak. Even if we listen, it is mostly passive. We lend our ears but we forget to open our minds.

“I used to be one of those people. I used to think that speaking more helps you create that impression of being a better communicator. But, gradually I started realizing that listening has its own essence too and is rather a powerful tool. It helps you understand other people’s perspective. Well, not just others’ but even our own. So often we need to listen to ourselves as well. It helps you take a pause between receiving and giving,” said Prajwol elaborating on the significance of listening.

He shared with us how listening has become relevant in his professional life at present. Prajwol works as a content writer for Rustic Himalayan Adventure Pvt. Ltd. As a writer, he mentioned, listening is all the more important for him because he needs to make sure whatever he conveys is exactly what he has been conveyed. So, listening better helps him understand the instructions better and materialize them into words.

Also a student, currently pursuing BBA, Prajwol speaks of having become more observant learner and open-minded than before, in which listening has long aided him.

Owning to his own life experiences and having taken the sessions of EI, he thinks he has developed the skill of listening better than before. “In the sessions, the mentors made us listen and share stories/reflections which gradually help us shed the initial fear of judgment. And, I guess, that also helped us become more attentive when others spoke. We started respecting each other’s opinions and learned how to empathize.”

Adding onto to the same, he thinks his one/one experience is also to thank, for helping him in developing the skill, “When I communicated to my mentor – Sagar Satyal, he didn’t speak much although we had long conversations. He just dropped some questions, listened to me carefully and intervened only when he needed to. So, he listened to me but never suggested me to do anything. He just guided me to find my own answers by also making me listen to myself and reflect on it. And, that has been a major learning for me which I try to apply whenever I have conversations with someone.”

He also expressed that the LISTEN (Listen, Introspect, Share, Try, Empathize and Nurture) approach to learning at MyEmotionsMatter is a great tool to develop open-mindedness, self-awareness, and empathy. He especially values the first step of the approach – ‘listening’. He believes that when people listen to themselves and the others, stepping out of their preset prejudices and fears – they go on to become more aware and open towards their own stories and that of the others. This openness, in turn, helps them pave way for self-reflection, empathizing with what others have to say and in forming new perspectives.

Prajwol thinks that it’s not about speaking less or listening more. It’s always about valuing them together and becoming better communicators. However, he also feels that sometimes we really need to listen in order to receive what is being communicated to us and to be able to add value in return.