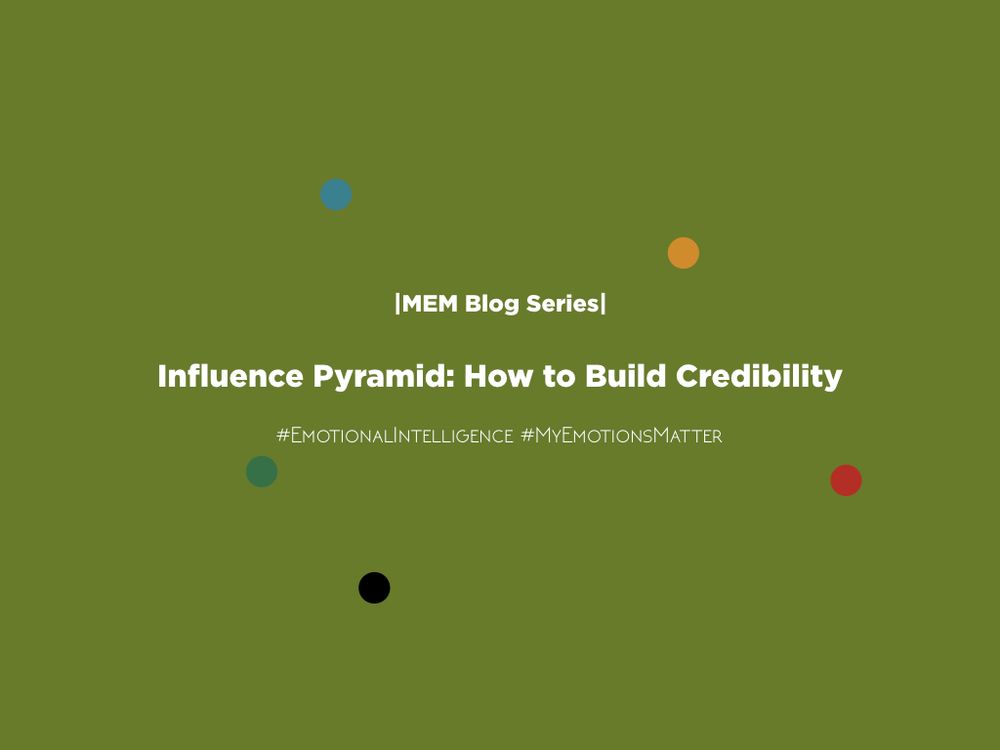 The 13th-century Persian poet and mystic Rumi once said, "Out beyond ideas of wrongdoing and rightdoing, there is a field. I'll meet you there." I find this saying both simple and complicated. It is simple, in the sense that if we are to cultivate meaningful and compassionate relationships, we inevitably need to be able to see beyond who's wrong and who's right. We need to connect with each other's needs and feelings, but we fail to do this from time to time- and that is what makes the idea of outdoing 'right' and 'wrong' complicated in our relationships.

Does this mean there is no way out? There is, and that is what we will explore ahead.

The Challenge:
Riya [name changed] was recently appointed to head the sales and marketing team at a firm. She is efficient with her day-to-day tasks, and so are most of her colleagues.

Riya has one colleague in the team Bidhi [name changed], who is good at her work, but she rushes to complete most of her tasks only toward the end of the week. Even though she meets her deadlines, her work pattern sometimes creates bottlenecks for Riya and other team members.

Keeping in mind the team's performance, Riya tries communicating to Bidhi about her concerns. She suggests ways that Bidhi could use to pace her work better. Even though Bidhi understands where Riya was coming from, she starts getting defensive as Riya insists on Bidhi to 'correct' her actions for the team to fare better. She ends up telling Riya, "The previous supervisor never had a problem!"

The Solution:
The conversation that Riya had with Bidhi went out of track despite good intentions. In fact, after that one conversation, both Riya and Bidhi sensed that it was going to be tough to work with the other. Riya thought that Bidhi was self-centered, and Bidhi thought Riya only focused on appearing ‘all-knowing’ because she was the supervisor.

In the days that followed, Bidhi didn't pay much heed to what Riya had suggested. She just went about her old ways of working. When her colleagues intervened, she argued that they were just trying to impress the new supervisor.

Riya observed how her effort to ensure efficiency in the team had backfired. It then occurred to her that she hadn't approached Bidhi from an entirely Outward Mindset, and perhaps it contributed to creating problems between them. Riya recalled what she had learned about 'The Influence Pyramid' from one of her mentors in the previous organization. She thought now may be the right time for her to work her way through the pyramid.

Correct. It is the only step that falls under 'dealing with things that are going wrong.' Perhaps this is what Riya tried to do with Bidhi. She tried correcting her actions but in vain. To correct someone isn't a wrong approach. Sometimes it is enough to deal with minor issues that don't need lots of effort, but it may backfire if people feel threatened by correction. Perhaps, that is what Bidhi experienced. She had a pattern of working which she was comfortable with and which nobody else had a problem with earlier until Riya asked her to change her ways which invited defensiveness in her.

Teach and communicate. Riya realized her slip up in due time and decided to contribute to helping things go right instead, which is what the pyramid invites us to do if the correction doesn't suffice. Riya knew it wasn't going to be enough to tell Bidhi to correct her ways. It was crucial to let her know how the team would benefit if everyone considered the impact of their work on others. Hence, Riya made efforts to talk to Bidhi about what she envisioned for the team. She communicated how she would need Bidhi's cooperation in doing so.

Listen and learn. Although Riya took a step forward from correcting to teach and communicate with Bidhi, she and the team could still sense some defensiveness from her. Riya then decided to hold space for Bidhi to listen to her and learn about her role, challenges, and what she enjoys at work. Bidhi didn't warm up to the idea initially, but she eventually sensed that Riya cared for her and the team over a few conversations. She shared with Riya how she likes to work autonomously and under pressure because it helps her contribute well. She also acknowledged that despite her preferable pattern, she might be creating bottlenecks for others. Bidhi then decided that she would prioritize tasks that require input from the others toward the beginning of the week and only then head on to do work that she can do individually.

Build the relationship. It was also alive in Riya that she was responsible for helping Bidhi grow and learn, so she needed to make continuous efforts toward building a good relationship with Bidhi. Over time, Riya checked in with Bidhi to know what she was enjoying and what she could do with more support. Riya also shared her experiences with Bidhi to form a humanizing connection with her. At times, Riya would sense that Bidhi thought all those efforts were just for better team results, but Riya wouldn't let that get in her way. Riya understood that if the team had to grow together, they needed cohesion, and it would not be possible until even one member felt out of sync. Hence, despite occasional resistance from Bidhi, she carried on.

Build relationships with others who have influence. After getting to understand Bidhi's role, challenges, and what gave her meaning, Riya also made efforts to connect with her immediate colleagues. She tried to understand how Bidhi's actions were impacting them and vice versa. It helped Riya identify ways in which Bidhi and her close colleagues could support each other. Riya also offered help to bridge any gaps that existed.

Get out of the box: Everything Riya tried- from 'correct,' to 'teach and communicate,' 'listen and learn,' 'build the relationship,' and 'build relationships with others who have influence’ were behaviors. They could come either from a Jackal or Giraffe mindset. The base of the pyramid therefore, is about being out of the box when we are applying all these behaviors. Even if all these don’t work, it is still important that we stay out of the box.

Results:
Riya's effort toward operating like a Giraffe and Bidhi's eventual support helped them work well with each other. It also helped in creating a culture of understanding and cooperation in the team. Although they still faced challenges, they experienced times when the members were in the box toward each other, but they persisted. Riya and Bidhi helped their colleagues learn and live the different steps of 'The Influence Pyramid' to enable an Emotionally Intelligent team. 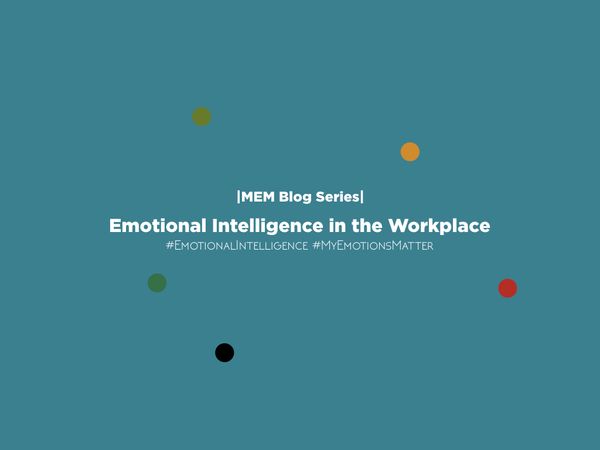 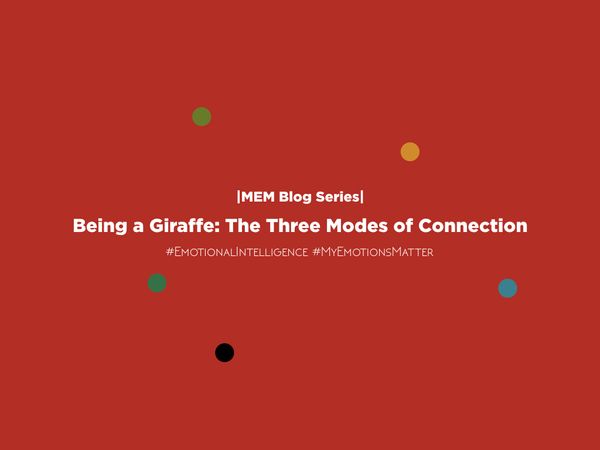 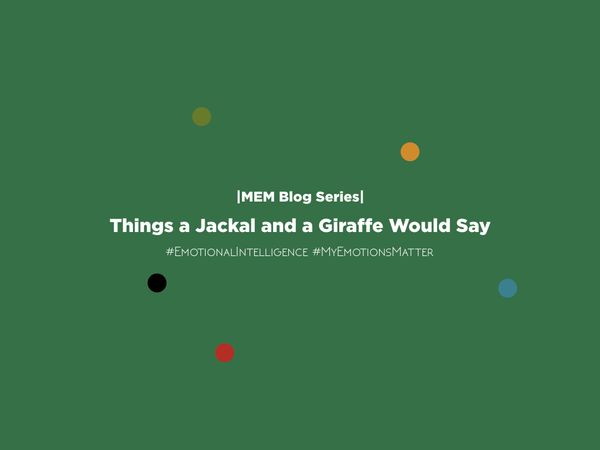 Things a Jackal and a Giraffe Would Say