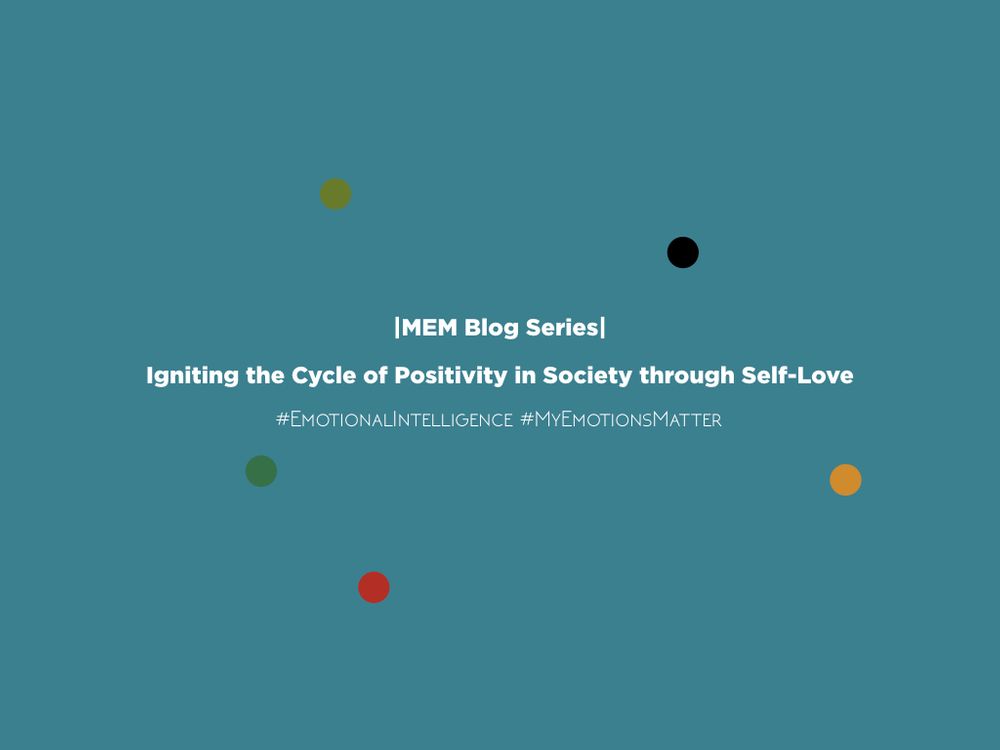 A few days back, when going through my Instagram feed, I had a look at Diego Perez’s profile. He is popular among his followers by the name ‘Yung Pueblo’and is a meditator and writer of the book ‘Inward’.  In one of his posts, he expressed that the key to saving the world is to make oneself whole and free such that we know ourselves and we can heal ourselves.

The post stated that the key to saving this world is ‘you’ yourself. This post made me reflect on how we humans love to be useful to others and how often we forget that the moment we are our most authentic selves and love ourselves whole-heartedly is automatically the moment in which we are most useful to the world around us.

In the year 2019,  we conducted research from ‘My Emotions Matter’ where we found out that almost 50% of our respondents felt that they had created a positive impact on others by just being their true authentic selves.

This shows how authenticity and self-love are so important to protect not only ourselves but also others.

One of our female respondents too shared an incident that further proved this belief for me.

She is chubby yet she has accepted this trait of hers and she loves herself and her body without weighing her self-love in the measurement of scales. She stated how her confidence and self-loving phenomena inspired one young stranger whom she had just met two days back. The young stranger that our female respondent met was quite astonished looking at the confidence she reflected despite being chubby. The curiosity within her got ignited and she ended up asking the female respondent “How do you manage to handle criticism when someone calls you fat or chubby?” At that point in time, our female respondent shared how this is the real her and because she has accepted her true version, she doesn’t really bother about other people’s opinions of her body.

This incident clearly proves how when we love ourselves, we also motivate and inspire others to love themselves better and how such a cycle of self-love creates a positive impact on overall society itself.

There is a model that explains how humans outwardly state they prefer others even over themselves as this helps in building strong interpersonal bonds.  However, inwardly, human beings prefer themselves even over their loved ones, especially during life or death situations. This model is also known as the Dissociative Preference Model.  In a research which was conducted among 1519 German volunteers in 2012, this model was further validated and proved which shows how most of us love ourselves and are instinctively engaged in self-protection.  However, the stigma that is associated with loving yourself and prioritizing yourself makes people explicitly state that they love others more than themselves. This stigma also often makes people believe that in order to positively impact others and be useful, they have to be self-sacrificing.

For example, a few days back, my friend was stuck in a dilemma. He has always been a very caring son. He wants to serve his parents and always be there for them. Yet, at that point, he wanted to dream of a career beyond his family business. What, however, was holding him back was the feeling in him which made him believe that he had to sacrifice his own needs in order to serve his parents. He felt as though thinking of a career beyond his family business was equivalent to being disloyal to his family.

The negative impact of such self-sacrifice, however, is that in the long run, it leads to a feeling of self-compromise. And people want such self-compromises to be acknowledged by others and such expectations of acknowledgment ultimately lead to the growth of negative emotions in relationships which ultimately deviates the person from their personal objective of creating a positive impact.

In fact, one of the respondents in our research also went through a phase in his previous job where he sacrificed his own needs and prioritized his work needs which increased his dissatisfaction at work. The ultimate consequence of this was that he wasn’t able to give his 100% in his work which ultimately led to the blooming of the cycle of negativity.

He was expected to take care of multiple works and faced immense pressure. He knew he needed to relax and take out some time for himself but since his work responsibility demanded him to prioritize his projects over anything else, he sacrificed his need. He wanted his supervisor to acknowledge the compromises he was making for his work. When those acknowledgments did not turn out to be the way he expected, he felt disgruntled towards his supervisor and he poured out all of his dissatisfaction upon his work. This affected his work colleagues negatively even though he hadn’t intended that in the first place.

I had seen many quotes about self-love not being selfish. But after conducting this research, I have come to realize that self-love is the easiest way of being generous towards others.

In this research as well, 50% of the respondents thought and gave examples of how they had positively impacted others by prioritizing their own needs. Prioritizing someone else’s needs is not really bad but it becomes harmful when you are doing so by compromising your own needs and desires.

It is quite important for people to understand that choosing someone else over themselves might look very kind and giving instantaneously but when done continuously, this only leads to bottled-up dissatisfaction which does more harm than good in the long run.