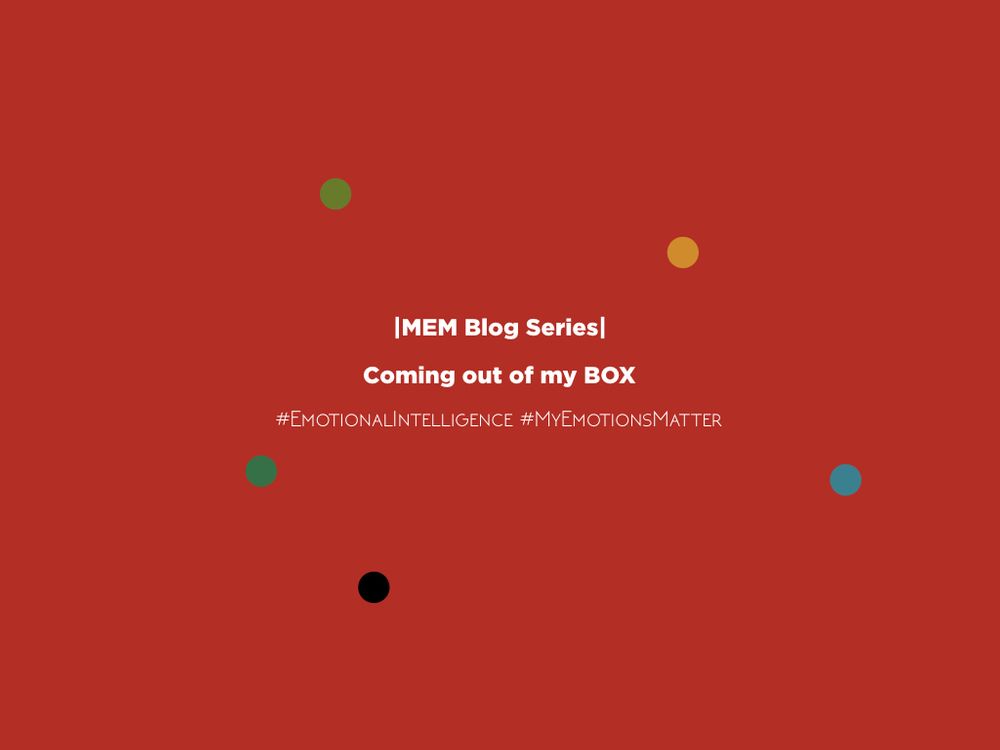 I was called selfish by a team mate. I got triggered. I got into my ‘I Deserve’ box. How could this person take me so negatively, especially when I’m looking for ways to contribute to the team at every possible opportunity? How could they do this in front of another colleague (notice the ’Need-to-be-Seen' box here)?  I could feel my heartbeat racing, and my chest contracted. I thought of the other person as an obstacle that makes my feel difficult. I felt mistreated and frustrated at how the other person wasn’t understanding my point of view. The more I dwelled on how I was right and that the other person had wronged me, the less I could empathize with why the other person did what they did.

If you notice the pattern here, it resembles what we call the ‘Who is Right Game’. In that game, two people dehumanize each other and start seeing each other as obstacles that need to be eliminated. There is no regard for each other. In fact, there is no concern for oneself either (this game is zero-sum; nobody wins). Negativity is rampant. Both see each other as the problem. This is the true cost of an Inward Mindset that keeps us stuck in a spiral of blame and justifications.
What is a way out? Well, the only way out is the insight that I have control only over my actions. And those actions are governed by which mindset I choose to operate from. If I’m familiar with the Emotional Intelligence Mindset: Getting out of the BOX concepts, I might begin to notice all the red flags of the Inward Mindset in myself:

The moment I begin to entertain the thought that the situation isn’t as crystal clear to me as I might have convinced myself to be earlier, I start finding an out of the BOX perspective inside of me. Now, I might explore a different range of questions that weren’t previously available to me because of the BOX I was in:

Needs fulfill गर्न SPECIFIC REQUEST के छ?
What is a specific, doable action that would help me/the other person?

Shifting from right/wrong thinking to the level of needs, I’m now operating from an Outward Mindset. I have a sense that reaching out to this person and addressing both of our concerns in an honest and empathetic way would be most helpful. If I dishonor this feeling, I very well understand that I’m going down the path of self-betrayal. You know what happens down that path!

Someone who loves me and is protective of me might warn: why should you be the one who is approaching them first? Aren’t they also equally at fault for labeling you as ‘selfish’? This person will start mistreating you if you become ’soft’. I understand these concerns. But what I’m also aware that my choice to reach out does not come from a place of ‘appearing nice’ or ‘giving in’. It is a choice made possible by the sincerity of acting in accordance with my values. I want to be a person who is calm, thoughtful and resilient- someone who looks at the bigger picture and is able to resolve inevitable differences with other people peacefully.

I don’t know if the other person feels the same way. I can’t guess. How they will take it is not up to me. All I know is that I can only control my actions. And my actions are governed by my mindset. It starts with me. I cannot expect them to operate outwardly if I’m in the BOX toward them. All I know is that I need to make the first move.