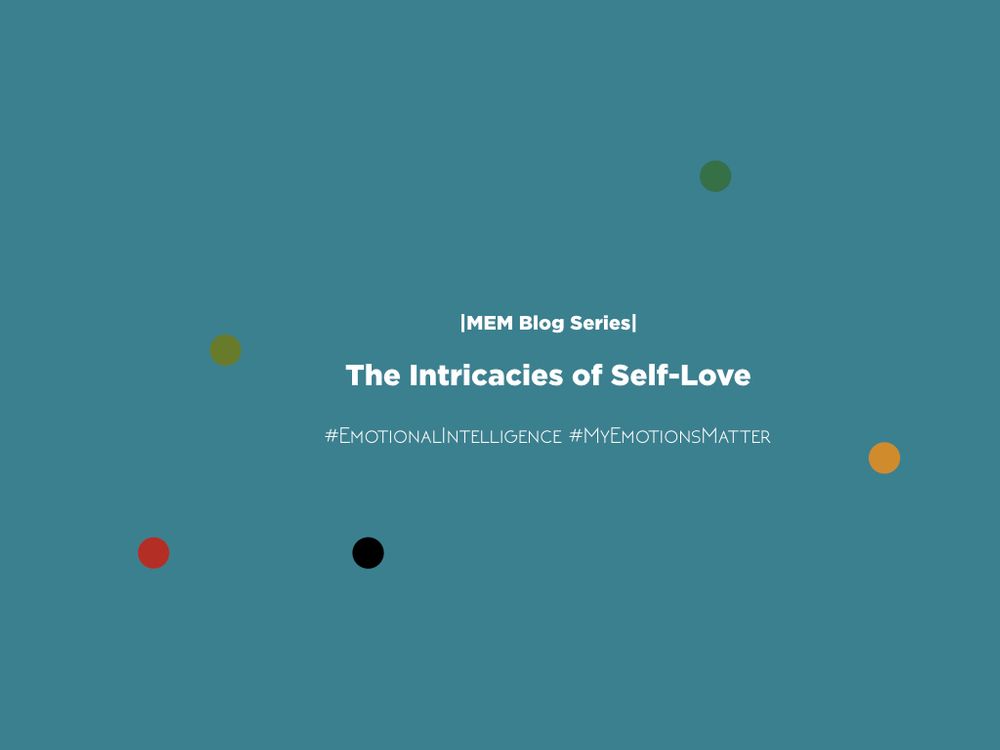 The admired author Brené Brown writes in her book Rising Strong, “Owning our story and loving ourselves through that process is the bravest thing we’ll ever do.” This thought has resonated with me ever since I first read it around a year ago. Those words reflect my journey of how I’ve come a long way into accepting myself, being a kind self-critic, yet still loving myself despite all. As easy as it is for me to say that I have started coming to terms with myself in the recent years, the journey so far certainly hasn’t been quite so.

When it comes to compassionate practices like self-love, I often find that people have conflicted views about it. Some people believe that before we love other people or empathize with them, we need to start with ourselves. Some have a contrary belief that self-love comes from the compassionate feelings and contributions that we direct toward other people—being of service to others comes first. For the most years of my life, I have believed more in the latter school of thought.

As an adolescent and even as a young adult, I have found it difficult to make peace with myself many times. Whenever my expressions and ideas were disapproved, I would start questioning myself. When I made mistakes, I would beat myself up by playing negative thoughts in my head over and over again. “I’m incompetent.” “I’ll never know how to make good choices.” “How could I do this?” Other people’s opinions of me mattered more to me than my own. I put all those people who I looked up to, on a pedestal, and I tried to perfect myself based on what they thought about me.

The inner voice inside me guided me at all times, but it was seldom an encouraging friend. While I sought kind words, reassurance, and empathy from the others, I stood last in line to approach myself with those. I thought becoming a critique to myself would help me end up better in life. Anything close to self-love would mean—supporting myself for my weaknesses and forgiving myself for what I didn’t do well. Such choices (as I believed a couple of years ago) would keep me away from living a fulfilling life. Looking back this aspect seems really ironical to me.

I think self-sabotaging beliefs and conducts are knowingly or unknowingly cultivated by the educational and societal constructs that we grow up with. I remember back in school although I had good educators, I was scorned at for not knowing mathematical formulas. I was looked at as a sinful person if I ever forgot to do homework. Inadequacies in learning were mostly treated with punitive measures. I can recall similar instances at home. I always had the fear of making mistakes as a child because it wouldn’t be received in all kindness.

I hesitated asking question during my teenage because I thought it might offend the other person and I would be asked back, “Don’t you even know this much?” Another remark that I would easily hear was, “Shame on you!” It is this fear of being looked down upon that I subjected myself to again and again to a point where making mistakes and experiencing unfortunate moments wasn’t acceptable to me nor was forgiving myself for it. This eventually became a way of life for me and how I approached myself altogether.

I only realized how unhealthy living this way was a couple of years ago. I had come out of a long-term relationship, and I was finding it really hard to come to terms with it. I tried everything I could to repair it, to get things back on track, but nothing was working at all. For months, I blamed myself for whatever had happened. I even stopped doing littlest of things that gave me joy. The same year a colossal event took place—the end of a dream that I had nurtured for so long—to become a doctor which didn’t work out despite three years of striving. This was a point in my life that I felt the most hopeless and helpless. Although my close friends and family supported me during this time, even their assurances failed to comfort me. This phase of my life was when I felt the most inadequate and I had only learned how to deal with it in one way—by punishing myself with negative thoughts, feelings, and actions.

The same year I got in touch with one of my older friends. I learned that she was going through a long-term health condition that affected many organs in her body for almost 6 to 7 years of her life. Despite such a plight, I always found her resonating a positive vibe although she did have bouts of anxiety and fear from time to time. What I really found remarkable about her was that she never blamed herself for any of the things that didn’t go well with her. Even when she faced disruptions in attending classes during her undergrad years and couldn’t do well in a few exams, she didn’t resent anything even though she felt disappointed at times. Her lifestyle resonated with a long-term patient at a hospital but, she didn’t despise herself for it. It was only after getting to know that I started questioning my feelings and thoughts about myself. If under such trying times she could accept herself and be kind towards herself, why couldn’t I?

Reflecting on my own journey of self-acceptance eversince, I’ve learned that self-love doesn’t have to be anything grand. It doesn’t mean spending resources on ourselves to give ourselves a temporary ‘feel good’ moment. Self-love means identifying and understanding our emotions. It means recognizing our needs and choosing strategies that work best for ourselves to fulfill them. It means encouraging ourselves to grow and giving a pat in our back for the tiniest of achievements. It means letting go of what we can’t control. It means forgiving ourselves for when we falter. And, unlike how self-love it sometimes interpreted, it isn’t selfishness. Self-love means thinking about ourselves which is different from thinking ‘only’ about ourselves.

My idea of self-love was reinforced when two years ago a friend introduced me to a concept that even she had heard from somewhere, “You can’t pour from an empty cup. Take care of yourself first.” This quote expressed the idea of self-love for me in a nutshell. Unless we can think about ourselves, understand our feelings, and take of our needs—trying to make others whole will always end up making us feel empty. So, let’s remember to love ourselves while we can.