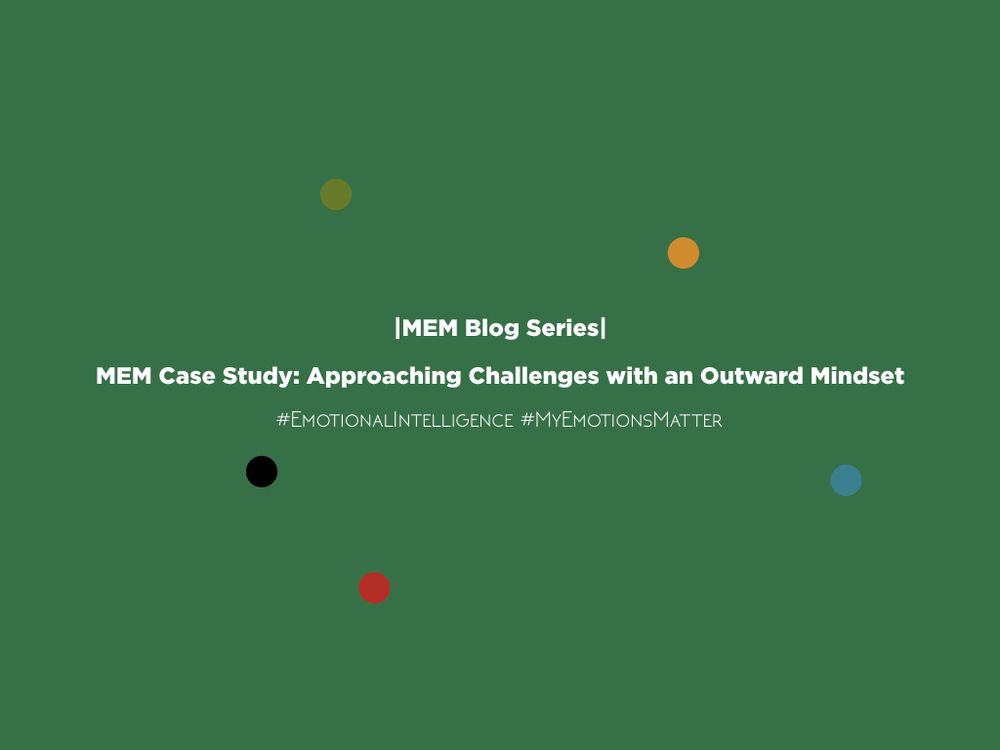 My Emotions Matter participated in the Global Empathy Award 2021. Ms. Mahima Poddar, our Fact Finder, mentored students of 4 public schools on empathy. She worked in close coordination and guidance of our Co-founder, Ms. Bhawana Shrestha, an International Teacher Ambassador for Empathy Week.

Ms. Mahima recalls the experience of mentoring the students throughout the project, the challenges she faced, how Outward Mindset helped her consistently overcome those challenges, and discusses her trajectory of growth.

For Mahima, it was a project that required a lot of time and effort. She began work on the project when she was also taking care of other projects. However, the growth she experienced from leading the Empathy Week program as part of the Global Empathy Award 2021 was gratifying, but it also brought along many challenges for her.

One of the challenges she faced was regarding her availability for the students that she was mentoring. During Empathy Week, she facilitated sessions on Empathy for the students. It was followed by mentoring the students for the international competition- Global Empathy Award 2021, where the students would present their projects. Mahima felt elated as she witnessed the two of her students qualify to the finals, but it was also challenging for her to mentor the students.

The students would expect Mahima to be available at all times to receive guidance for their project presentation. While Mahima had no qualms in contributing as much as she could, she wanted the students to consider her schedule since she also had other tasks to look into and give time to her family as well. Mahima remembers how one Saturday, as she spent time playing board games with her family, one of the two students messaged her and asked her to be available for a Zoom call so she could ask some questions regarding the project. Mahima had informed the student a day before; to agree upon a timing, so she could make herself available during that time, but the student only messaged her on Saturday. In that instance, Mahima clearly remembers that she operated from an inward mindset toward the student.

Mahima also found it challenging to work with the teachers of public schools. During the final week of the competition, the students had to submit their projects to the international team. One of the teachers from the school that got into the finals of Empathy Week was supposed to upload the students' project using his login credentials, but he could not do so since he had to visit a relative in the hospital. Only after a long haul and back and forth coordination, Mahima submitted the projects. At that moment, Mahima felt irritated. She thought, "I helped the students with their projects and the presentations. I gave them all the possible guidance. The teacher had one thing to do, but they couldn't."

What helped Mahima come out of the BOX of the inward mindset was her awareness of it. Mahima was well-acquainted with the concepts of two mindsets: inward mindset (through which we see people as objects- as vehicles to further our own goals, obstacles to overcome, or irrelevancies to ignore) and outward mindset (which helps us see other people as people with needs, objectives, and challenges similar to our own). Her awareness of the two mindsets and the idea that 'mindset drives behavior' made it easier for Mahima to redirect herself to operate from an outward mindset.

Mahima came out of the BOX of the inward mindset toward the student when she realized the student's needs, objectives and challenges.

Seeing these aspects helped Mahima become more considerate of the students even though she was still assertive about her timings. She wanted the students to learn about time management while separating time for her family and personal tasks as well.

Mahima also eventually came out of the BOX of the inward mindset toward the teacher.

When Mahima knew about the teacher's situation, she started seeing him from an outward mindset. During meetings with the teacher later on, Mahima would first make sure to check in with him about his well-being and his brother's health before discussing anything regarding the project.

Seeing both the students' and the teachers' needs, objectives, and challenges, helped Mahima pull herself out of the inward mindset. However, she knew that she had to make consistent efforts to make her outward mindset sustainable.

With the students, what helped Mahima sustain an outward mindset was developing keenness to know about the students' lives beyond the classroom setting. In one of our conversations, Mahima told me, "I had a one/one online session with a student one day at 7 pm. Even though he joined the session, I knew he wasn't there. At that moment, it would have been easy for me to take it personally, but I asked him what was going on with him instead. The student told me that since he was a domestic helper, he was cooking dinner for the people he stayed with during that time, who helped him go to school." For Mahima, ever since, the reminder that the students she was teaching were from underprivileged backgrounds helped her see them as 'people' beyond the 'students' she saw in the classroom.

As for the teachers, Mahima did find it challenging to work with them, but she was assertive about the help that she and the students needed from them. It was challenging to get support from the teachers occasionally, but Mahima didn't take it personally. She did show 'hard behaviors' to bring the teachers on board, but those largely came from an 'outward mindset.' She realized that only if she tried to act from an outward mindset toward the teachers could they collectively help the students in the best possible way.

Mahima faced other hurdles too in the process- from taking back-to-back classes for the students from the four schools to helping the students of the school that made it to the finals prepare their presentations minutely. What helped her was her effort to develop an outward mindset toward the students and teachers. Her self-awareness helped her connect with her needs and the needs of students, so she found ways of fulfilling those collectively instead of blaming either herself or the students if and when things didn't pan out as expected. She even gracefully asked for help from the teachers and the team at My Emotions Matter when things got overwhelming for her instead of acting from an inward mindset, which wouldn't have been helpful for anyone.

All these efforts collectively led to a result that no one involved could have assured. Two students from Nandi Secondary School won the Global Empathy Award. They created a project showing how caste discrimination affects the quality of life and how 'empathy' could make a real difference to improve it.

As Mahima looks back at her experiences, she says there are too many aspects and learnings for which she is grateful. However, what she values the most is how she's been able to impact many lives through Empathy Week. She compares her role as a teacher to a gardener who helps flowers bloom (analogous to the students grow). Mahima says the most valuable learning of all the learnings is to help others learn and grow- a realization that she ascribes to her journey of teaching and mentoring students in Global Empathy Award 2021- an experience she will cherish for a long time to come.